English Title: Legend of the Angel of Love - Wedding Peach

There are three known worlds—the human world, the angel world, and the devil world. The story follows Momoko Hanasaki, a junior high school girl who is in trouble between the Angel World and the Devil World. The evil queen Raindevilla yearns to destroy the angel world with help or her many devil minions. The goddess Aphrodite sends an angel to the human world, Limone, to summon three love angels in the form of three school girls, Momoko Hanasaki, Yuri Tanima, and Hinagiku Tamano, who together become Angel Lily, Angel Daisy, and Wedding Peach.

It all starts when Aphrodite tells Momoko that she is the legendary Love Angel Wedding Peach, and that she will take the place of her mother, Sakura, in finding and protecting the "Saint Something Four", after a devil named Pluie tries to steal Momoko's mother's ring. Now she must protect the sanctity of love from Rain Devilla and her minions.

She also has Jama-P, who originally was a minion of Raindevila. Momoko is in love with Yosuke who is, unknowingly, a half-devil warrior of the Rafaal tribe in the Devil World named Viento; Yosuke's father, coincidentally, is the one who sent Celeste

(Sakura) and himself to Earth in the first place. Yuri is in love with Captain Yanagiba of the soccer team, otherwise known as the angel Limone.

The three girls must fight to overcome the evils of the devils, as well as their own lives, and restore peace to the angel world by gathering all pieces of the Sacred Four Somethings (or Saint Something Four) and defeat the evil queen once and for all. Later Scarlet O'hara join to the team as Angel Salvia.

While trying to live the lives of normal Japanese middle school students, the Love Angels must protect the world with love, or live in a world filled with nothing but hate.

Several months have passed since Momoko and her friends defeated Rain Devila and life is returning to normal. The world of angels and the world of demons have agreed not to invade each other's realms. Momoko's parents have reunited and the war between angels and devils is over. Momoko, Yuri, Hinagiku

and Scarlet have no memory of their past as Love Angels, and are living happy lives as normal humans.

However, their adventures are not quite over yet, as it turns out there still remain rogues from both the devil and angel forces who are not content with the peace the end of the long conflict has provided, and when Momoko finds herself under attack by a demon, the goddess of love Aphrodite is forced to restore her memories..

Momoko, Yuri, Hinakigu, and Scarlett must team up once again to protect both realms from whatever threats to the newfound peace fate has in store for them.

(The Love Angels Return! ~ We Even Fight at the Beach ~)

When Momoko and her friends go for a couple of day at the sea, the peacefulness of vacation lasts only for a short time. Remarkable things appear and surround the hotel and again Momoko must become Wedding Peach that angels become the dear. Again they receive and it’s three with dispute groove the battle against the demons of the hate, which threaten the peace in the world. Will they can exist against its powerful adversaries and prevent a renewed war between the angel world and the demon empire?

Scarlet falls in love with the successful businessman Clark Oasis. Yet a dark secret overshadows the young good fortune. The impending lunar eclipse should lend Oasis the power to realize its diabolical plans. Yet it made its calculation without the angels the dear.

("Reunion - We'll Fight, Even On Christmas")

Christmas that festival stands the dear before the door. Momoko and Yuri encounter seems its old acquaintance, Hiromi again to dress the annoyances magic. Long does not last and a demon appears, be reclaims that became of Hiromi bestohlen and now property. Will the angels assist the dear?

("The False Love Angels - We'll Fight, Even On Valentine's Day")

Momoko, Yuri and Hinagiku want to give chocolate to their sweethearts on Valentine's Day, but they become the victims of three larcenous cats. When they located the thieves, they encounter a demon, who binds their souls to the bodies of the cats, while the cats' souls are bound to the three girls' bodies. Will the girls succeed in recovering their bodies? 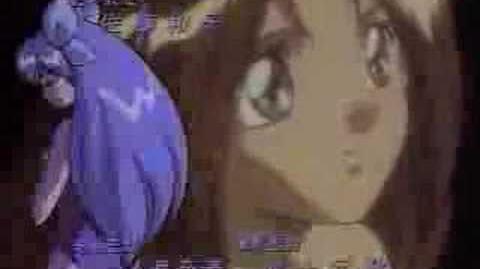 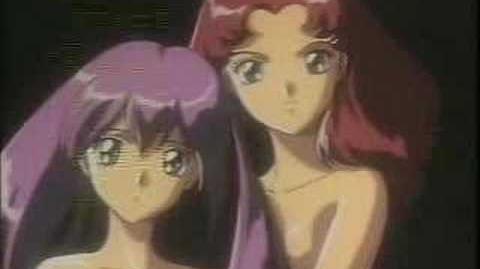