At the start of the series, a young girl named Ichigo Momomiya attends an endangered species exhibit with her 'crush' and future boyfriend, Masaya Aoyama. After an earthquake, Ichigo and four other girls are bathed in a strange light. A cat appears before Ichigo, then merges with her. The next day she begins acting like a cat, after meeting Ryô Shirogane and Keiichirô Akasaka, learns that she was infused with the DNA of the Iriomote Cat. Ryou and Keiichirou explain that this allows

The five Mew Mews battle the Chimera Animals and their alien controllers, Quiche, Pie and Tart. Quiche falls in love with Ichigo; he tries to gain her love despite the fact that he is trying to eliminate the other Mew Mews. Two more aliens, Pie and Tart, later join Quiche in trying to destroy the Mew Mews.

As the fighting intensifies, the Mew Mews are tasked with finding "Mew Aqua", a material created from pure water that contains immense power for combating the alien attacks. During a battle with Quiche at an aquarium, Ichigo is in danger of losing her life, when the mysterious Blue Knight appears and rescues her. He returns periodically throughout the series, protecting Ichigo from various dangers; it is later revealed that the Blue Knight is in fact Masaya. Shortly after this discovery, Masaya collapses and transforms again,

into Deep Blue—the alien leader who wants to destroy humanity. After explaining to Ichigo that Masaya was a false form for temporary use, Deep Blue attacks the Mew Mews. Masaya's personality briefly reappears and he uses a nearby Mew Aqua drop to destroy Deep Blue, killing himself in the process. Crying over his body, Ichigo pours her power into Masaya to save his life, losing her own in the process. Masaya kisses her, changing her back to a human, and revives her. Ryou gives Pie the remaining Mew Aqua to save the aliens' world, after which Quiche, Pie and Tart say their goodbyes and return to their own world.

This game introduces the 6th Mew Mew, Ringo Akai. The RPG game takes place on an island that takes care of Red Data Animals. Quiche is ordered to distract the Mew Mew's and turn all of the animals into Chimera Animas. The game was released on December 5, 2002.

Developed by WinkySoft and Published by Takara, this RPG puzzle game has you play as Ichigo who is chasing Quiche (Kish in some versions of TMM) down because he stole a very important memory chip that belongs to the Mew Mews. If they don't get it back, their secret identities could be revealed. There are two different paths in the game but both have the same ending. The games initial release was on July 11, 2002.

Based on the Korean dub of the show, this PC game gives you the option of playing as the main five Mew Mews. You fight aliens and collect items throughout the game. Each Mew Mew has three attacks. The game was made for Windows98, ME, 2000 and XP. 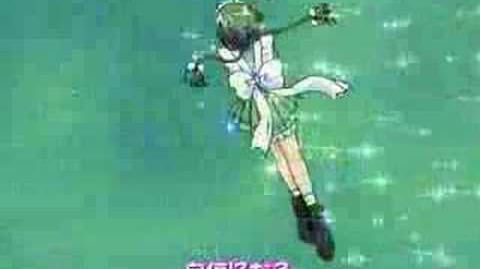 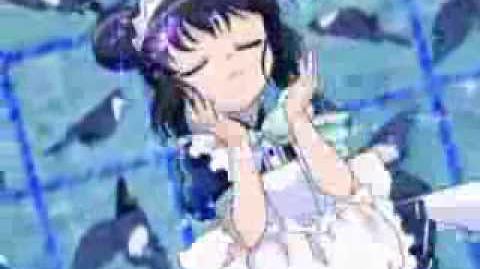 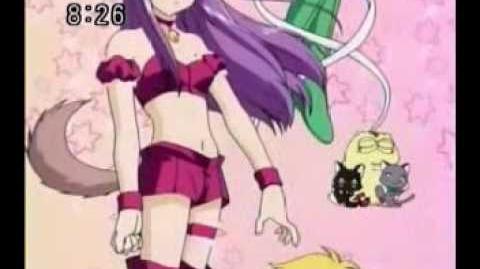 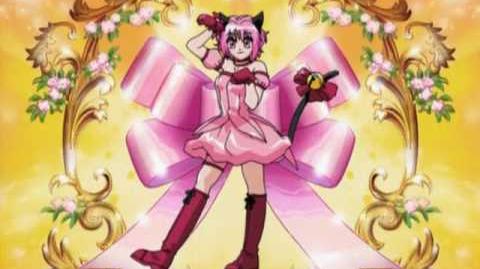 Ichigo and Masaya move to England to study endangered species. The remaining Mew Mews continue to eliminate the chimera animas left behind by the aliens. They face a new threat, the Saint Rose Crusader: humans with special powers who desire to conquer the world and create a utopia. Berry Shirayuki becomes the sixth Mew Mew and temporarily takes Ichigo's place as the leader. Berry is the first Mew Mew to be infused with the DNA of two endangered species, the Andean Mountain Cat and the Amami Rabbit. As one of the strongest Mew Mews, Berry is targeted by two of the Crusaders, who attack her at school. Ichigo returns to provide assistance during this battle. For their final attack, two Crusaders hypnotize the citizens of Tokyo and set them against the Mew Mews. Berry and her childhood friend Tasuku Meguro use their new-found feelings of love to reverse the hypnosis and cause a change of heart in the Crusaders.

On February 22nd, 2020, a teaser website appeared, the only content was a countdown timer and mention of an upcoming announcement referred to as "Tokyo Mew Mew New".

Aside from the title, very little is currently known about the new project, though the official website revealed that Pony Canyon's voice acting office, Swallow, is holding auditions to find a brand new voice actress to play Ichigo Momomiya. The winner of the auditions will also be performing as an in-character idol in the upcoming "Tokyo Mew Mew New" idol group.

Retrieved from "https://magical-girl-mahou-shoujo.fandom.com/wiki/Tokyo_Mew_Mew?oldid=127811"
Community content is available under CC-BY-SA unless otherwise noted.