The plot focuses on a young girl by the name of Mirai Ozora, living in Tokyo in the year 2045. Being obsessed with her hobbies of shopping and modeling, one would never expect her big brother Hiroshi to be a brilliant inventor for ZIC, a major technological corporation.

It all begins with Hiroshi's invention of the "Mol-Unit", a device capable of allowing an object to operate outside of the normal laws of physics. Flight, super-speed and strength, invulnerability, all capable through the Mol-Unit's power. The only catch, however, is that it can only stay active for a limited time, only 666 seconds (just over 11 minutes).

Such a device would have changed the world on a whole, but Hiroshi's motives for its invention are not so much for the world as it is for his own ego. Using the Mol-Unit and its power, Hiroshi develops a new superheroic personality for himself, Captain Tokyo.

After his initial debut, "Captain Tokyo" becomes a media sensation, and Hiroshi eats it up. However, things backfire when, out of curiosity, Mirai finds the Mol-Unit and tampers with the costume it generates, giving it a more feminine appearance. In doing so, the Mol-Unit malfunctions, causing the costume to randomly alter between Hiroshi's design and Mirai's. Upon realizing this, Hiroshi is forced to lend the Mol-Unit to Mirai, whose own personal use for the device seems to be more lighthearted than her brother's.

However, things are not right in Tokyo. A mysterious man by the name of "Dr. Machinegal" (actually an old friend and teacher of Hiroshi's, Professor Amagi) and his personal robot army, among them the destructive android group known as the "Machinegal Dolls" (all named after famous models and actresses) is bent on causing havoc upon the world. To make matters worse, Nozumu, the youngest of the Ozora siblings, has developed his own Mol-Unit and created a supervillain persona to oppose his brother and sister out of spite. Completely unaware of such events at first, but obligated to do something, Mirai finds herself thrown into the world of superheroism, which she takes in stride. 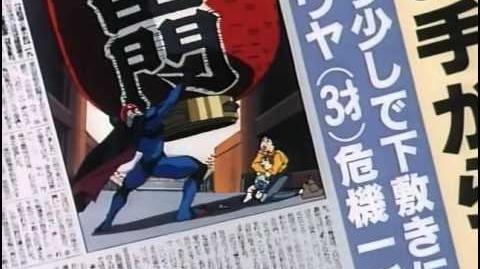 17 year old Mirai Ozora was typical of many girls of her age, obsessed with guys and shopping. She lusted after her older brother's best friend, astronaut Kaoru Misaki, and hung out with her best friend (and beauty contest rival), Mao Shirase. Things began to change for her though the day she entered and won the ZIC race queen contest. She was present when a group of beautiful women (actually high tech robots), called the Machinegal Dolls, appeared out of nowhere to steal an antique Formula-1 car which was on display, only to be thwarted by a mysterious and muscular hero whom the press nicknamed Captain Tokyo. Everyone was majorly impressed by this newcomer...everyone but Mirai, who was more disturbed to discover her brother Hiroshi's abandoned clothes hidden away in the room.

Captain Tokyo continued to fight crime around the city, and Mirai's suspicions continued to grow. She decided to snoop around her brother's room when he was out, and soon confirmed her theory that Hiroshi was Captain Tokyo when she discovered the costume design for the hero on his computer. Despairing at his lack of design ability, Mirai played around and altered the costume to her own tastes, creating a cute sailor girl-like appearance. What she didn't realise was that the computer was directly linked to "Mol Unit" which generated the suit (actually a form of shaped dimensional barrier), and that by messing around with the program, she had changed it's configuration. The next time Hiroshi summoned the suit, in preparation for another battle with the Machinegal Dolls, he discovered himself stuck in an embarrassing and way-too-small costume. Recognising his sister's interference, he raced home and confronted her. With no way to remove the new design, he got Mirai to don the costume and continue the fight for him, while he directed her using a radio link. In spite of a few control problems to begin with, she triumphed, and after the battle when the press asked her who she was, she replied "Moldiver".

It soon transpired that the suit was now "schizophrenic", and might take either form (the sailor girl or the giant, muscular male) when summoned, in a random and unpredictable manner. Unable to remove Mirai's modifications from the system, and unable to predict which of the two forms the Mol Unit might take at a given time, Hiroshi reluctantly given up his costume to Mirai on a more or less permanent basis. 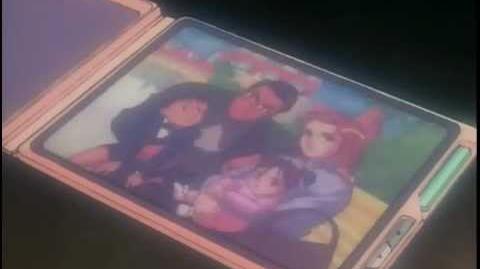 Mirai turned down a trip to Florida with her brothers to see a pop concert because she had been forced to find part-time work to pay for her shopping excesses. However when she discovered that both the hunky Karou Misaki and love-rival Mao Shirase were also going, she commandeered the suit to catch up with them. During the concert the Machinegal Dolls turned up, planning to hijack the nearby Space Shuttle during a launch attempt, and Moldiver was needed once again to stop them. 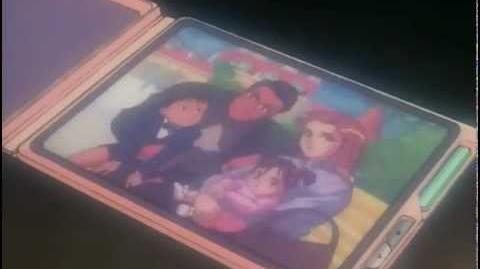 Mirai agreed to run some errands for her brother, hoping for an excuse to bump into Karou. Misfortune caused her to miss her meeting, and so Mirai activated the Moldiver costume to travel around at superhuman speeds. Unfortunately, this was just what the Machinegal Dolls had been waiting for. As soon as Moldiver appeared, the Dolls raced to her location and engaged in battle royale. 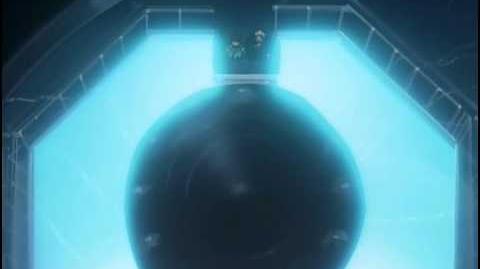 When the Dolls attacked the Centennial Celebration of the sinking of the WWII battleship Yamato, Moldiver raced to the scene to deal with them. Things were swiftly complicated when Mirai's younger brother, 10 year old Nozomu, managed to activate an ancient weapon hidden on board the Yamato. 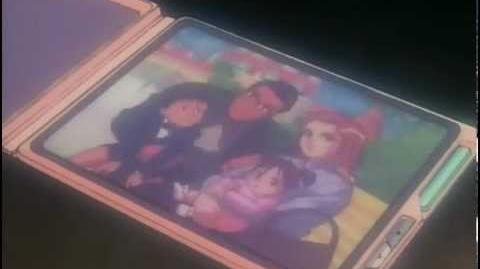 Hiroshi finally managed to duplicate the Mol Unit, allowing him to resume his Captain Tokyo persona. When his friend (and pilot) Kaoru Misaki's life was endangered during the launch of the new ZIC Sakigake dimension warping rocket, he and Mirai raced to the test site at Mount Fuji to save the astronaut. Things were not helped when Dr.Machinegal unleashes his new, Mol-Unit enhanced, "Super Dolls", nor by the arrival of a mysterious and extremely powerful third Moldiver during the ensuing battle. 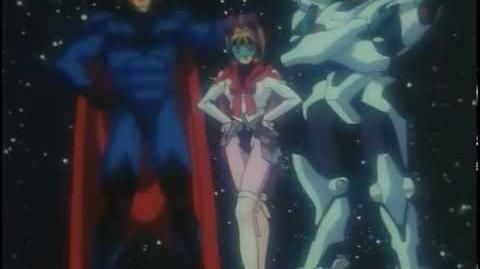 While Moldiver III attacked the Sakigake rocket as it continued it's launch sequence, Moldiver discovered to her cost that the newcomer had a weapon capable of breaching her suit's dimensional barrier. Nonetheless she managed to keep Moldiver II occupied long enough to let the rocket launch. Both superhumans set off in pursuit of the vessel, chased by the last surviving and most powerful of the Dolls, Isabelle. In outer space Moldiver was forced to battle two foes, each more powerful than herself, while trying to save the life of the man she loves. 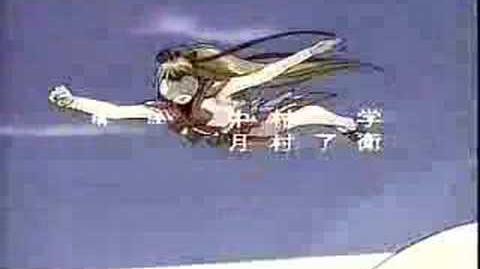 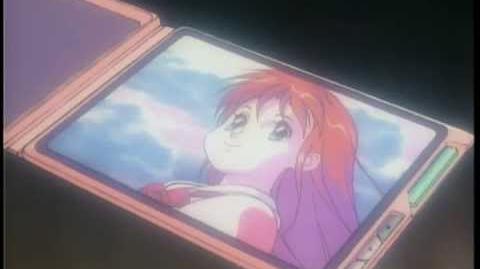 Retrieved from "https://magical-girl-mahou-shoujo.fandom.com/wiki/Moldiver?oldid=64513"
Community content is available under CC-BY-SA unless otherwise noted.