This is a parody shown in the second part of the seventh episode of the second season of the anime "Sayonara, Zetsubou-Sensei". The characters Chiri, Kafuka and Meru are able to transform into the Model Warrior Lily Cure to fight against the evil Masked Teacher from the Empire of Despair and save the world from despair. 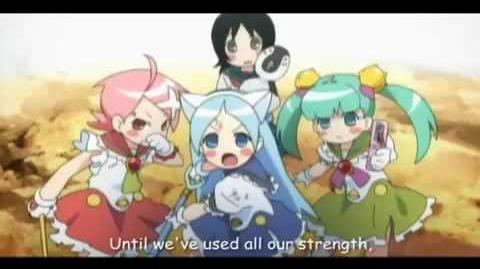 Nozomu enter to his class and see a lot of happy that bothers him. Chiri accuses him to of not being their regular teacher. Nozomu reveals himself as the Masked Teacher form the Empire of Despair. Chiri asks her classmates Kafuka and Meru to transform into the Model Warrior Lily Cure. An opening is shown instead of the transformation. Part of the story is ignored and we can see the Lily Cure girls half-defeated against the Teacher of Despair. He says that

they can't attack him because he has a Plum Marble in his hand, but Kafuka ignore it and do her Despair Blast attack defeating the evil teacher. Part of the story is ignored. In a cherry blossom tree, Nozomu wake up and Chiri tells him that is all over and he is welcome. Their friends call them and they go together. A preview of the next episode is shown where the Masked Teacher is revived and Chiri become an evil Masked girl. 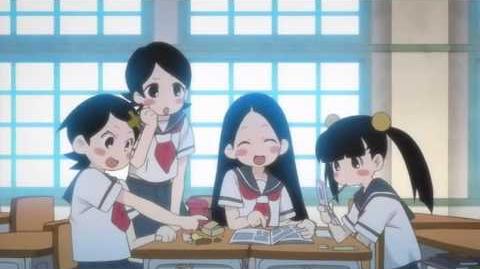 Retrieved from "https://magical-girl-mahou-shoujo.fandom.com/wiki/Model_Warrior_Lily_Cure?oldid=45175"
Community content is available under CC-BY-SA unless otherwise noted.