Yū Morisawa is an ordinary 10-year-old girl, until she sees a spaceship floating in the sky. Carried into the ship, she helps Pino Pino find the Feather Star. In thanks for her assistance he grants her a magical wand, which allows her to transform into a 16-year old girl, for one year. She is also given two cats from Feather Star, Posi and Nega, who are to watch over her while she has magical powers. While wandering around the city as a teenager, she accidentally ends up on TV and asked to sing, which the magic enables her to do remarkably well. Using the alias of Creamy Mami, she becomes an overnight success, and is soon sought to begin a professional career as an idol under Parthenon Productions. Along the way, she also meets past residents of Feather Star and supernatural beings. In addition, she must fight against Snake Joe, a shady character of the rival LP Productions, who is always trying to steal her away and Megumi-chan, another one of Parthenon Productions' top stars.

The first 45 minutes is a recap of the original series and the remaining 40 minutes has a new story.

Two months after Creamy Mami's final concert, rumors began to spread that Mami was making a come back, and if that wasn't surprising enough, Tachibana starts a "Project M" and that seems to have something to do with Mami's come back. As word of Mami's concert reaches the public, Yuu dosen't belive it. Yuu, Megumi, Toshio, Midori, Kidokoro make a plan to get to the bottom of it.

An anime music video with songs from the anime series.

Shingo is planning the film "A Story of Two Worlds" starring Megumi. Yuu's transformation into Creamy Mami is happening without her wanting it. She is asked to star in the film too. But the magic doesn't last...

Shown as a bonus movie with the theatrical screening of Mahou no Tenshi Creamy Mami: Long Goodbye and Mahou no Princess Minky Momo: Yume no Naka no Rondo.

A collection of music videos, some are new original songs, others are classics from the series.

A recap-heavy crossover special in which Mami, Persia, and Emi go to a hot spring together.

An OVA supercut of Eien no Once More, Long Goodbye, and Curtain Call. One new animated feature is a fake Creamy Mami commercial for Creamy Soap. The feature then goes on to promote the Majokko Club Yoningumi: A Kuukan kara no Alien X release for later that year. This entry will only reflect the new footage.

Yuu, Persia, Mai and Yumi are together in a science fiction-like adventure. An awful monster assault young and beautiful girls, leaving them transformed into ugly hags: only our four magical girls with their powers can fly to the space and fight for Earth 's sake, so Yuu transforms into Creamy Mami, Mai into Magical Emi, Persia into Fairy and little Yumi draws space suits for all of them.

A brand new picture drama made for the BD Memorial Box set of Creamy Mami. The cast is put into a Cinderella story. 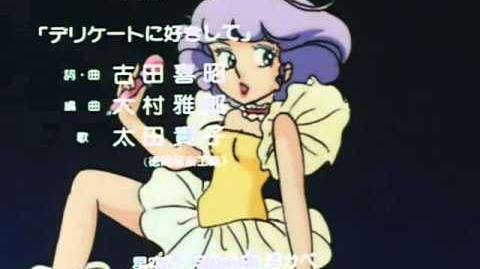 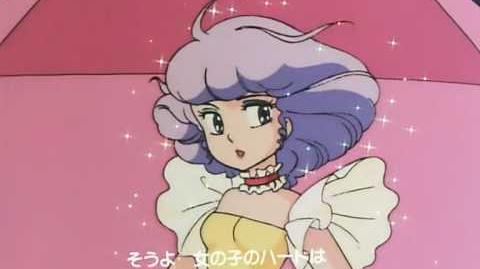 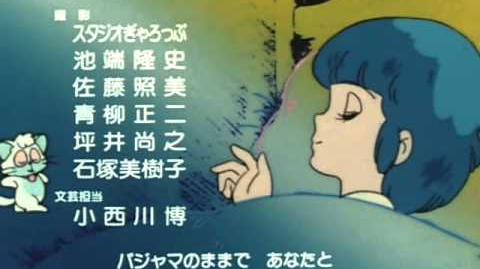 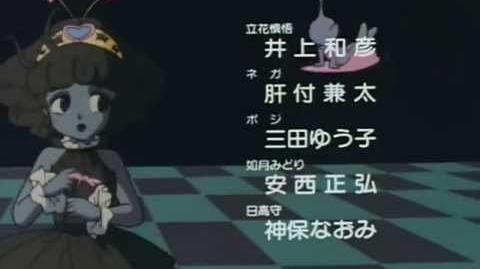 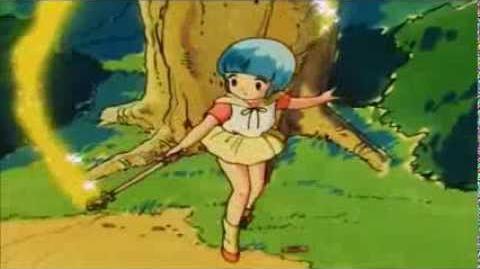 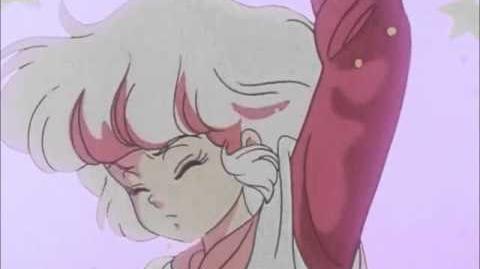 Retrieved from "https://magical-girl-mahou-shoujo.fandom.com/wiki/Mahou_no_Tenshi_Creamy_Mami?oldid=126957"
Community content is available under CC-BY-SA unless otherwise noted.