English Title: Wish Upon the Pleiades

Wish Upon the Pleiades, also known under the Japanese title Hōkago no Pleiades (放課後のプレアデス Hōkago no Pureadesu?, lit. "After School Pleiades"), is an original net animation series developed jointly by Gainax and Japanese automaker Subaru. The series was released on YouTube in four parts on February 1, 2011 with the English-subtitled version appearing six days later. A television anime series began airing in April 2015 and a film adaptation is currently in production.

Subaru is a young girl who discovers that her best friend Aoi is part of magical group trying to gather engine fragments so that a little being from Pleiades can return to his home. Subaru considers joining them as she was chosen by the Pleiadian, president of this afterschool club. 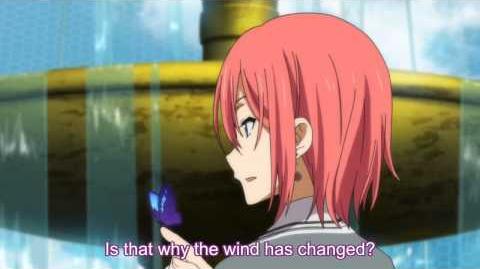 Airdate: February 1, 2011 A girl named Subaru witnesses a star shower the night before, The next day at school, she enters the viewing room to find a strange magical garden and a boy named Minato. Later on, when her compass is stolen by a strange green blob, Subaru comes across another room filled with oddly dressed girls, one of which is her friend, Aoi. 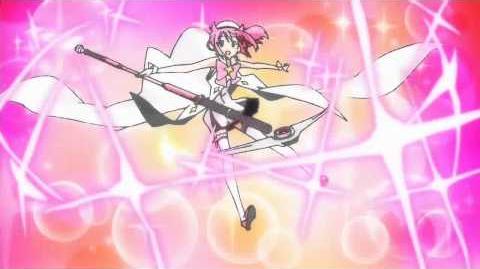 As the other girls in this strange club wonder how Subaru came across this room, since it was allegedly sealed by magic, Subaru hears a strange noise, which alerts them to a star shower. Subaru is transformed into a magical girl and joins the others on a magic broom ride to chase after a large star known as an Engine Fragment, which they are collecting to send the club president, the green blob, back to his home planet. As they catch the fragment and shrink it down to size, they are confronted by Minato, who is revealed to be their enemy. 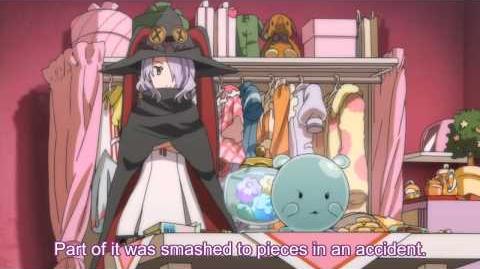 The girls try to fight Minato off, but Subaru loses concentration when she recognises Minato, who escapes with the fragment and announces he will come for the others in three days. Subaru wishes to continue to help the girls, but Aoi objects. The next day, Subaru returns to the viewing room, only to find it empty and she cries. Subaru runs into Aoi at a bus shelter, where they make up with each other. 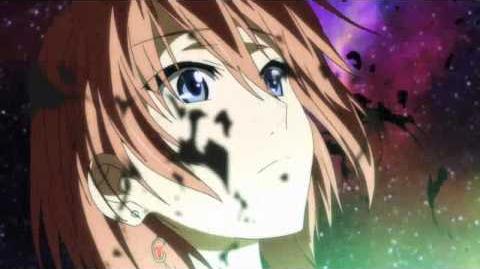 The girls confront Minato as he attacks the school looking for the other fragments. As Minato prepares to attack Aoi as she protects the fragments, Subaru stands to protect her where her true powers start to appear. Subaru embraces Minato in the hopes of freeing him, but the evil behind him keeps a hold of him. Minato leaves his jacket to Subaru, who promises to find him some day. Subaru returns to the viewing room, where she finds some beautiful flowers starting to bloom.

A television anime adaptation, also by Gainax, began airing in Japan from April 9, 2015 and is being simulcast by Crunchyroll. The opening theme is "Stella-rium" by Kano while the ending theme is "Koko kara, Kanata kara" (ここから、かなたから From Here, From Far Away?) by fragments (Natsumi Takamori, Ayuru Ōhashi, Kanako Tateno, Yui Makino, and Saki Fujita).

Retrieved from "https://magical-girl-mahou-shoujo.fandom.com/wiki/Houkago_no_Pleiades?oldid=128234"
Community content is available under CC-BY-SA unless otherwise noted.