The Land of Music ruled by the Demon King. The king steals an item called the “Music Jewels” is stolen by magic, and turned the people of the land into evil called “Negative Jewels.”

The Land of Music’s Fairy Rhythms team up with a three person idol group called the “Miraclemiracles” work together to bring us the Idol Senshi Miracle Tunes.

With the power of music, the Miracle Tunes purifies the “Negative Jewels,” and revert them back into “Sound Jewels.” Can they defeat the Demon King and bring peace back to the Land of Music? 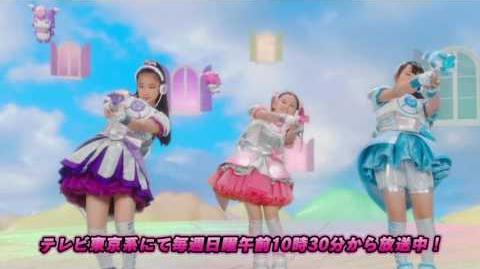 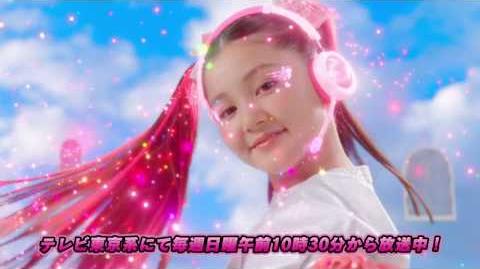 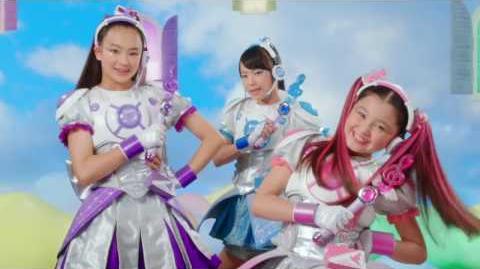 There is a kingdom separate from the human world called the World of Music. In this land there are treasures called "Jewels of Music" capable of conferring special powers on anyone who owns them. Demon, the Lord of Darkness, who plans to conquer the world, discovers and takes possession of it. Using his dark power he transforms the jewelry into "Negative Jewels", so that the people who collect them become bad and try to spread "negative aura" on all those around them. To recover the Jewels of Music, three elves from the World of Music, Poppun, Rocky and Benji, receive the task from the Goddess of Music to go to the human world and find three idols of music to collaborate with, in order to form the group of warriors Miracle Tunes. To save the world, girls will use the power of the Jewels of Music to defeat evil, singing and dancing to purify the Negative Jewels and bring them back to their original forms.

Momoka is a first year middle school student. On the day of her entrance ceremony, she meets a fairy from the magic world called Mokonyan, the "MajiMajo Pures!" is awakened. They have to confront the Nuisance Troupe who are trying to conquer the world by interfering with people's dreams. 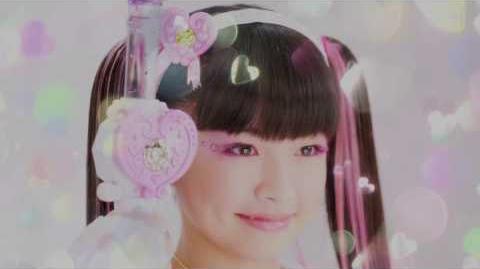 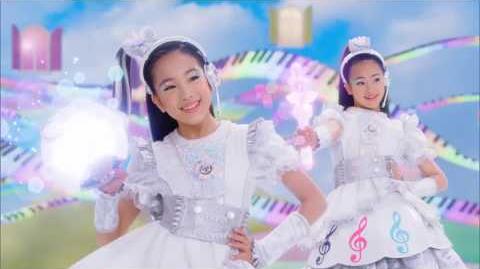 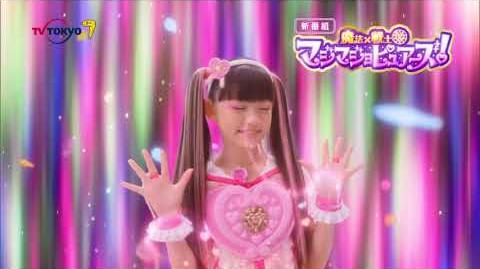 Kokomi, Saki, and Yotsuba are three middle schoolers and friends who lead different lifestyles. One day, they meet Kumachi, a talking teddy bear fairy sent by her master Phandy to search for the wish-granting "Gyaku Jewels" that can corrupt a human's heart. Kumachi later chooses them to become Phantomirage, a Robin Hood styled phantom thieves of justice to acquire the Gyaku Jewels with the promise of granting their own wishes. The Phantomirage proceed in this by purifying people who are corrupted by the Gyakugyaku-Police, a group of bad cops who use the Gyaku Jewels to turn those they arrest into evil polarized versions of themselves. Becoming mass media sensations while attracting the attention of the actual police who are investigating them and the Gyakugyaku-Police, the Phantomirage members are warned to conceal their identities from the public.

Waking up as an orphan without warning, a girl named Tsubasa Aiba is suddenly nominated to become a Lovepatrina after meeting an alien named Lovepyoko. In order to save her parents, whose love has been taken by the Warupyoko Troupe—a team of villains trying to steal the world's love—she transforms into a Lovepatrina. She fights alongside Sarai, a cheerful girl with a mysterious past; Kohana, a tomboyish honor student and athlete; and Director Loveji, their mentor

Lovepyoko
Add a photo to this gallery

Retrieved from "https://magical-girl-mahou-shoujo.fandom.com/wiki/Girls_x_Heroine!_Series?oldid=128407"
Community content is available under CC-BY-SA unless otherwise noted.